– can definitely be filed under the strangest of my life. It started out quite harmless, we met a guy from Spain at the beach, he said he lived here and we could go out in the cit some time. A few days later he texted my friend that a club had live music on Friday and if we wanted to come. We jumped at the opportunity, also took a couple of others from our house with us and made our way to downtown Dar. Once arrived the plan changed (naturally). Instead of heading to the club directly, he took us to a place where you can play Bingo (wtf, I know). The weird thing was that there were barely any people from Tanzania there, only white people or Indians, who seemed to have made this their Friday night tradition. In the end it was kind of fun, but not exactly what we had planned. Plus, since we had to take two taxis, of course one part of our group got lost, so they ended up at a bar not too far away – with local live music. We joined them there, had a couple of drinks, danced, laughed and overall had a great time. Really.
Then the local guys who went with us suggested we go to a club. Again we thought, hey – why not? We’re only here once and we might as well have a good time!
Only, we didn’t have that much of a good time. At least I didn’t.
The club was really a “local” club, in the sense that we were the only “white” people there. It was filled mostly by African guys (there were barely any girls),  who didn’t understand the word “no”.
The moment we entered this club I was grabbed at, talked to, danced with. I thought I might go with it for a while, but in the end I really didn’t feel comfortable with this at all and told them all to leave us alone. They didn’t listen.
It got to the point where I got face to face with a guy, shouting at him to “FCK OFF”, which resulted in him getting even angrier.
After around 1 1/2 hours I, and some others where more than ready to leave, which didn’t go over that well with some of the others we were with because apparently they had a really great time (bear in mind that they were also Africans… and male).
In the end we did manage to leave, but not without some massive discussions.
I don’t really want to let this experience spoil the entire evening, because up to that point I had a great time, but I just really didn’t feel that comfortable there at all and was glad when we left.

Here are some pictures from last night – because, I do want remember the fun, crazy and good times after all :) 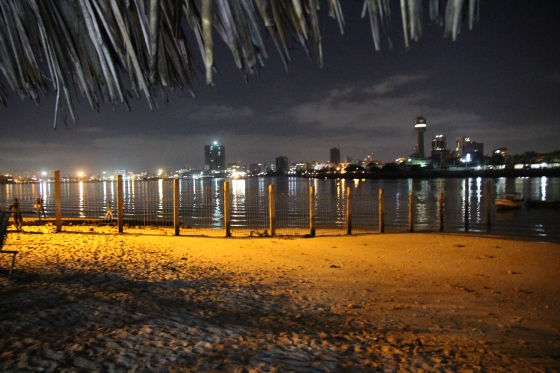