It’s been months but I’m finally doing the Frage Foto Freitag (Question Photo Friday) hosted by Ohhh Mhhh again. This time slightly different though.
No pictures this time but you can look here for some autumn themed shots (more to come as soon as I have time to post them :))

Here are five songs I cannot get enough from right now. Some have been favourites for a while now and been my personal soundtrack throughout the summer, others I have just recently discovered (okay, okay, J. forced me to listen to Haim, I confess).

Things We Lost in the Fire by Bastille

The Wire by Haim

I’ve been introduced to Matt Corby in February 2011 when he played at a Songs from a Room gig I was lucky to attend. I will blog about that experience some time, I’m sure.
I loved his performance. It was so pure and raw and gorgeous. I’ve been following him on and off ever since and I’m really fond of his music.

I should probably begin this post by saying that I’m not a huge Bon Jovi fan. In fact, I barely know any of his songs – I mean the real versions. You’re probably confused now, but the thing is – I’m OBSESSED with his unplugged album “This Left Feels Right“. Obsessed. Completely. Utterly.
I’m usually the kind of person who listens to songs, and it’s very rare that I can repeatedly listen to an entire album and not skip at least half of the songs.
This is how good “This Left Feels Right” is.

It’s so uncharacteristical from how this band usually sounds – which is exactly why I love it so much. I’ve heard from a lot of people who like Bon Jovi for the classic version of their songs that they don’t really know what to think of this unplugged album. That they’re not really that impressed. In any case – if you want to listen to it, here’s your chance:

So, while I’ve been listening to that album for quite some time now, I know the songs, I know the lyrics – just not the rhythm they’re originally played in – which kinda sucks at a concert….
It didn’t matter much because they’re live just really, really amazing. It was an open air concert – and of course, it started to rain the minute they went on stage. How could it not? But even standing in the pouring rain for 3 hours didn’t do much to dampen our mood. If anything, it made us dance and jump around even more!
The atmosphere was great, as was the band – it made getting soaked to the bone so worth it, trust me. There are not a lot of other artists I’d endure this for ;)

[Above: Starting the evening with burgers at MQ Daily. | Below: Still dry during the final songs of the support act.] 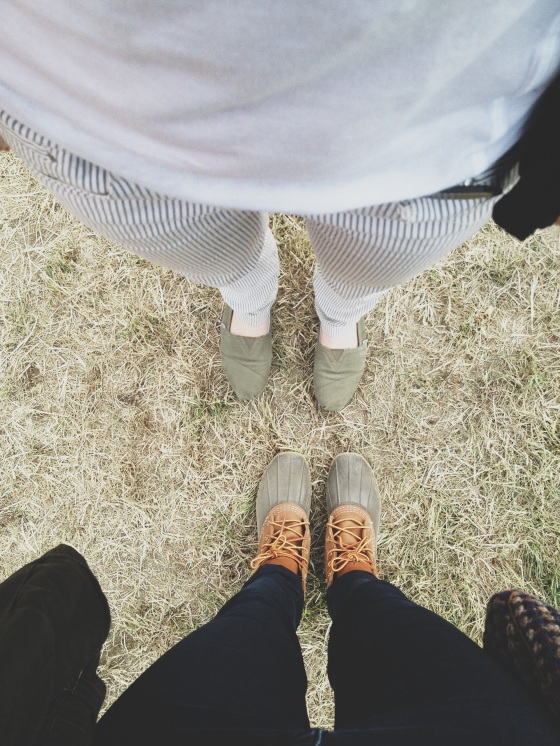 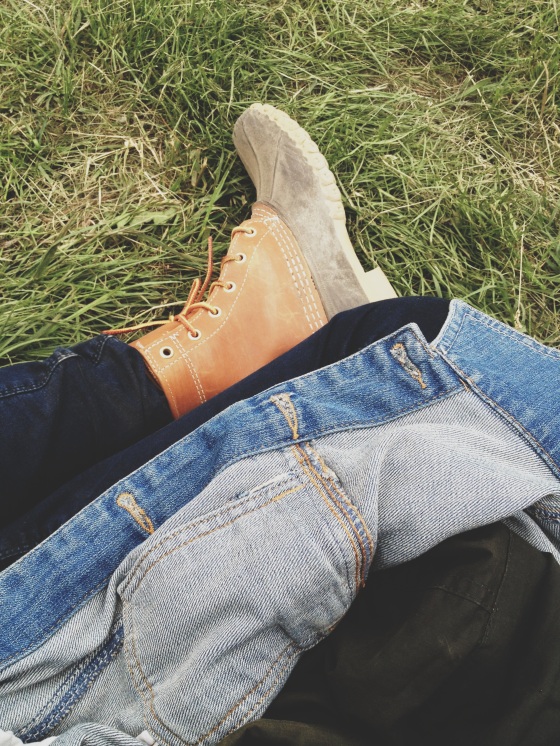 [Above: Open air concert gear: LL Bean Boots, Denim Jacket (from Mango), Barbour Flyweight Jacket – I still got drenched. | Below: And so it begins….]

[Above: We witnessed a stunning sunset before… | Below: the rain started.]

[Above: A cup of coffee to keep warm.]

Is anyone planning on seeing them live on their European Tour? Has anyone seen them live before? What were your thoughts? Let me know!

Jack, who blogs over at the Edge of Noise, practically forced me to listen to one of their songs ages ago. At first I couldn’t quite get into it. I couldn’t tell you why but I think I just wasn’t in the right mood. A few weeks later though I clicked on the link again and I was hooked.

I really wanted to link you to “Don’t forget to pray” but apparently, youtube won’t let me see that video, ergo I can’t link you to it either. Chances are that if you don’t live in Austria, you’ll be able to find it without any troubles on youtube :)

[More: Back to Shore | For All We Know | Here Comes the Storm]

(You can go see what Jack had to say about them here.)

In April 2010 I went to London for a weekend. A friend and I had tickets to see Joshua Radin for one night. He is absolutely lovely and a pleasure to listen to. However, what really blew me away was the pure and utter talent of his support acts.

The Staves are three sisters who sing in pure harmony. They are so, so lovely. I never tire of listening to their songs. After the show I bought their album, which only had 3 tracks on it. I went home to google and youtube them and came up empty handed. I only found a few live videos, nothing more. Now they’re more well known – and if anyone deserves it, it’s them.